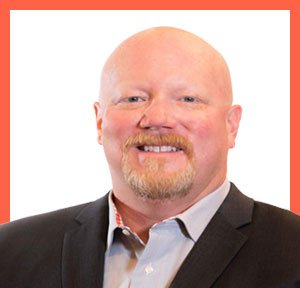 Selected by ColoradoBiz magazine as one of the “Top 25 Most Powerful Salespeople,” and by Training magazine as a “2018 Top 5 Emerging Training Leader,” Chad is a sought-after and trusted advisor to global companies, partnering with them to optimize sales across markets and verticals, and drive predictable revenue growth.

Before joining Visualize, Chad spent 11 years as an executive in the digital agency space, most recently as EVP, Sales and Marketing for Universal Mind, and as VP, Sales and Marketing at Cynergy, which was acquired by KPMG. He has consulted with and enabled major brands, including New Relic, Verizon Wireless, McKesson, eBay, Microsoft, Chrysler, Ingersoll Rand, Fidelity, Thomson Reuters and the Minnesota Vikings, to name a few.

Chad was introduced to the ValueSelling Framework® over a decade ago and credits the methodology for his ability to consistently exceed quota. Within four months of applying the formula, he closed his first $1 million deal. Since then, he has trained his sales and marketing teams in the ValueSelling Framework, resulting in their ability to deliver record-setting results quarter over quarter.

Known for his direct and engaging style, Chad hosts ‘The B2B Revenue Executive Experience’ podcast. He holds an MBA in Marketing from Regis University in Denver, CO and an undergraduate degree from the University of Southern Indiana. During his spare time, you’ll find Chad riding his Harley in the summer or skiing the slopes in the winter.

What is your personal motto? “Success is not owned, it is rented. And the rent is due EVERY DAY!”

What is your favorite airport – why? “Baltimore – because I can get food and a drink before I go through security.”

What was your first paying job? “At the age of 12 I told my parents I wanted a job. I needed money (oh to be young again). So I ended up shoveling out horse stalls and bailing hay. ”

What has been your favorite vacation?  “Jamaica. Always and forever the best memories and vacations I’ve been on…..the people, the food….the distance from the noise. Love Jamaica.”

What would we never guess about you?  “I am a published poet…yep, let that sink in. Despite my carefully crafted ‘biker’ exterior…I write poetry, do readings and have travelled North America giving readings. It’s OK if you need a minute to let that sink in. But when it does, you won’t be surprised….communication is something I am passionate about.”