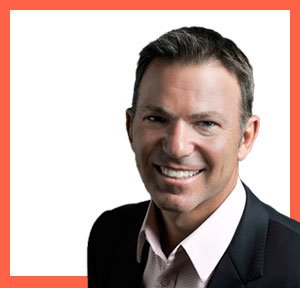 As a Vice President of Visualize, Gerard helps organizations improve business metrics by creating a better connection with their customer’s definition of value. Following a successful career in sales and sales leadership, Gerard has partnered with Visualize and is now focused on refining his client’s selling approach to differentiate; to drive increased revenues, market share and profitability.

As an executive leading teams in Southeast Asia for Symbol Technologies, Gerard delivered > 50% YoY growth leveraging the ValueSelling methodology. Motorola acquired Symbol and continued to roll-out the ValueSelling program worldwide, re-training more than 10,000 partners. Most recently, Gerard was SVP of Sales and Field Operations at TorreyPoint. In two years, he grew the company’s revenues nearly three-fold. Again, using the ValueSelling Framework, TorreyPoint became Juniper’s 2012 America’s Partner of the Year and maintained the #1 position among national partners by sales volume for six consecutive quarters.

Gerard has over 30 years of experience in sales and leadership, building profitable companies that include startup and Fortune 500 organizations including significant roles at Racal Datacom, Control Data Corp., Cisco Systems, Symbol Technologies, Motorola and Avaya. As a Visualize Partner, Gerard provides customized content to drive go-to-market transformations through programs and events delivered around the world. Clients include: Riverbed, Varonis, VMware, ServiceNow, NCR, Meritor and others.

Personal motto? “Somewhere in the world someone is training when you are not. When you race him, he will win.” ..unless that someone is you. – Tom Fleming

We’d never guess that… “My first job out of college was as a Mortician’s Assistant. I would have stayed in the job but realized selling was a passion that I had to pursue and demand generation was frowned upon in that industry.”

First paying job? “I was able to Caddy when I turned 11 – This began my love of golf and the strength of building relationships through sport.”

Travel much? “I’ve had the honor of representing US companies as an Expatriate twice – Those experiences have shaped my career and allowed my family to gain a valuable, worldwide perspective. I hate to travel, but love to live like a local wherever I am.”

Best journey taken? “Back country Motorcycle trip in Vietnam – I recruited a few good friends to join a ride from Hanoi to the Chinese border on Soviet Minsk 125cc motorcycles. We hired a guide and a mechanic for a memorable week’s adventure. Beautiful country and a trip back in time covering several hundred miles.”