Visualize Inc., would formally like to extend congratulations to clients Ken Remington and Bob Kruzner, as well as the entire ServiceMax Sales and Marketing team. Collectively, the team took home nine honors at the Tenth Annual Stevie® Awards, including the top honor for Sales Training or Coaching Program of the Year. 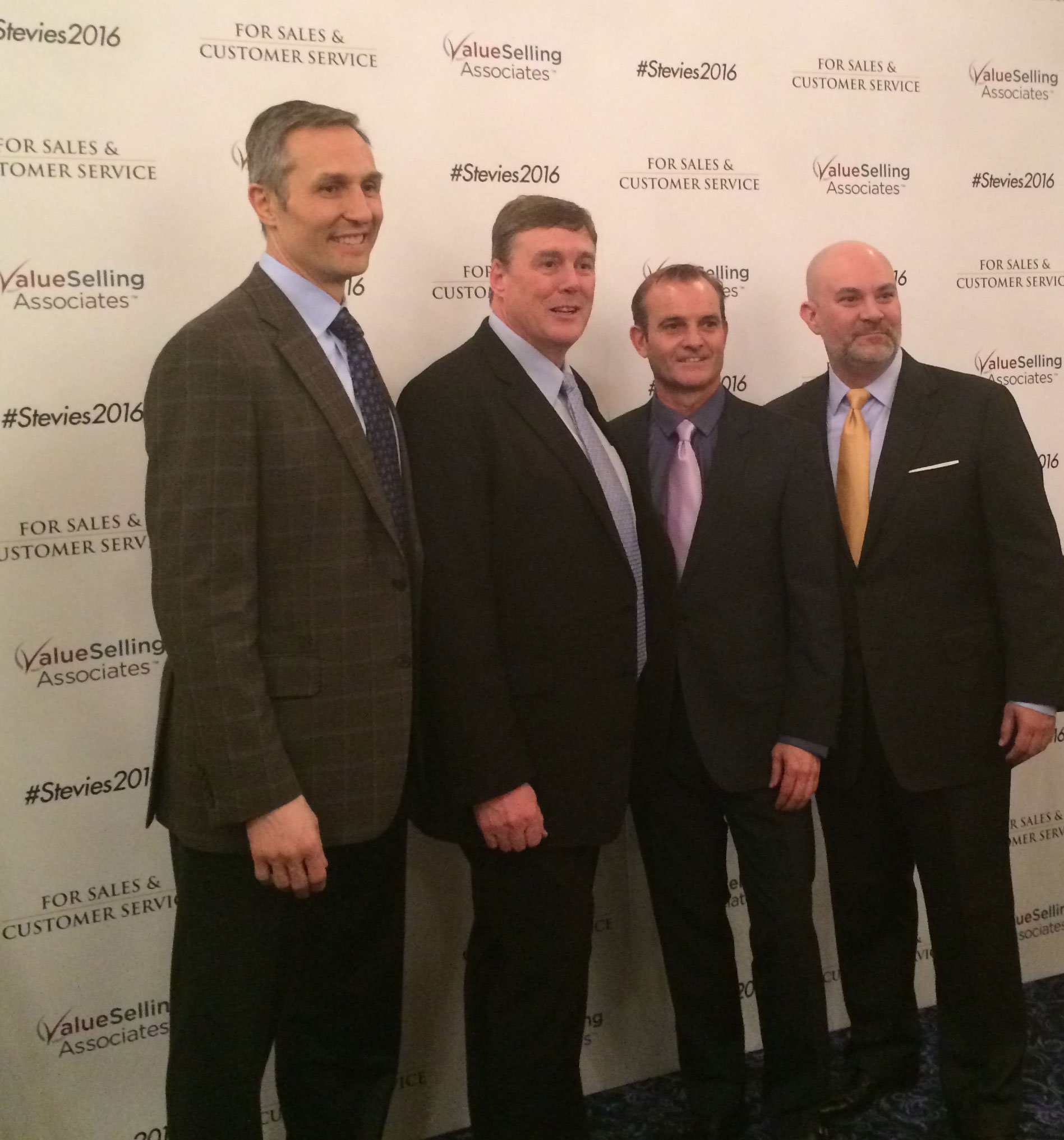 From left to right: Anschuetz, Remington, Kruzner, and Nouche pose on the red carpet at the Tenth Annual Stevie Awards®

The awards were presented to honorees during a gala banquet on Friday, March 4 at the Paris Hotel in Las Vegas. More than 500 executives from the U.S.A. and several other nations attended.

Kruzner and Remington are Directors of Sales Enablement at ServiceMax. ServiceMax is a provider of field service management solutions, helping companies of all sizes manage contracts, scheduling, and parts, while bringing together data that drives business results at the crucial point of service.

The awards won by the ServiceMax Sales team include:

More than 2,100 nominations from organizations of all sizes and in virtually every industry were evaluated in this year’s competition. Average scores of 115 professionals worldwide, acting as preliminary judges determined finalists.

The numerous awards were in recognition of Kruzner and Remington’s leadership and teamwork in driving substantial growth across the company.

The goals included using the ValueSelling Framework® to:

Scott Anschuetz, CEO and Founder of Visualize Inc., was thrilled to have the opportunity to nominate Kruzner and Remington, and attend the event. Anschuetz said:

“Visualize is delighted to congratulate Bob Kruzner, Ken Remington, and the entire team at ServiceMax on receiving numerous honors at the Tenth Annual Stevie Awards. We’re delighted to see their success using the ValueSelling Framework, and honored to partner with ServiceMax.”
– Scott Anschuetz, CEO and Founder of Visualize, Inc.

Below is an interview with Remington and Kruzner following the Tenth Annual Stevie Awards ceremony.

As Founder and CEO of Visualize, Scott spearheads the company’s overall strategic direction, planning and execution. Scott has over 25 years of experience in sales and sales leadership, building profitable companies.